Some Time To Reflect

Today, three new students are about to start their course at my dog grooming training centre. I have prepared for their induction, their student equipment kits are all ready and everything’s good to go.

So while I await their arrival, let me take a moment to reflect back to the very start of my own Journey To The Heart Of Dog Grooming.

“What about dog grooming Pip?”

In 2010, my husband, Bob and I moved from the outskirts of London to a small rural village in North Norfolk, a few miles from a super dog friendly coast. I left a high pressured retail design job in the capital, for a less stressful life in the countryside, along with our treasured dogs.

We spent the first couple of years renovating our cosy little home and its cottage garden. I built raised beds and grew a whole assortment of fruit and vegetables, I even won some rosettes at our village horticultural fete. For those of you old enough to remember the TV series, it really was ‘The Good Life.’

However, by the time our freezer was overflowing with blanched peas and beans, my enthusiasm started to wane. Consequently, I began to feel a little low and somewhat unmotivated. I have a naturally creative personality, with a brain that can surge into creative overdrive at the slightest mention of something that excites me. These surges are always immensely exhilarating and productive. Equally, they can lead to total exhaustion, and depression has shadowed my fifty years of life.

My husband had just suggested ‘dog grooming’ and a tiny switch in my brain had triggered.

At that moment in time, my dog grooming knowledge was limited to my experiences with my own dogs, Irish Setters Patrick and Ziggy, who were two years old when we moved.

Before our move, a friend’s daughter had groomed the boys a couple of times. She had done a course and set up a small dog grooming salon in her mum’s converted garage. To be honest I didn’t really give a lot of thought to what the boys actually went through during their groom, I just dropped them off and returned to pick them up several hours later. She was a sweet girl but very shy and she always seemed extremely flustered and relieved to be handing them back.

Shortly after we moved, we found a local dog grooming salon and booked the boys in. Noticeably, it was on the second visit that alarm bells started to ring. As we pulled up, Ziggy began to whimper and shake, his tail tucked tight under his body, he seemed distinctly nervous and scared.

Certainly, I felt uncomfortable, as I led them in to the premises and took a moment to look around. I noticed a selection of metal crates along one wall with dogs inside, clearly eager to observe the new arrivals, one barking quite forcefully. Ziggy cowered as we passed. Another big wet dog was leashed, up on a high table and appeared to be pacing and panting, as a lady was blasting it with an extremely loud hair drying hose. She paused momentarily, so that we could hear ourselves speak.

As I left them, I knew this environment was causing my dogs stress, but what choice did I have? Surely, there must be alternative grooming options out there, and I resolved to do some research.

What better, I thought, than a lady who advertised herself as a mobile dog groomer and could come to our house.

Well, how wrong was I. She spent the first chaotic hour, attempting to wash the boys, on her hands and knees in our shower cubicle. Leaving wet red hair plastered everywhere, she proceeded to lift Patrick on to a small wobbly pop up table. Next, came blow drying, whilst brusquely yanking at his coat with a large curved metal pinned brush.

Patrick proceeded to throw up! Everywhere! This was the point, I decided to learn to groom them myself.

Over the next few months, I bought and immersed myself in a couple of breed specific grooming books. I ordered a pair of plastic handled thinning scissors and a couple of other tools, and worked my way through the various processes fairly successfully. It was enjoyable but, most importantly I was tending to Patrick and Ziggy’s grooming needs, without terrified dogs and vomit.

Little did he or I know that my life was about to change forever...

Out Of The Dog House

YOU & YOUR DOG LIFESTYLE BLOG

The Dog House offers a full range of professional dog grooming services for all breeds and sizes of dogs. Our team are fully qualified to national Level 2, 3 or 4 and are passionate about offering the very highest quality of care, welfare and styling. 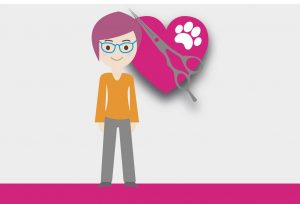 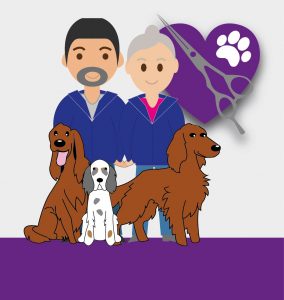 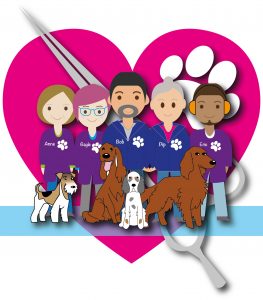 The Dog House offers a full range of professional dog grooming services for all breeds and sizes of dogs. Our team are fully qualified to national Level 2, 3 or 4. 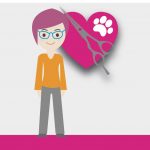 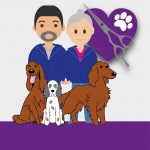 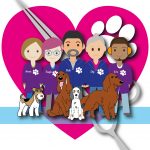 ▲
We use cookies on our website to give you the most relevant experience by remembering your preferences and repeat visits. By clicking “Accept All”, you consent to the use of ALL the cookies. However, you may visit "Cookie Settings" to provide a controlled consent.
Cookie SettingsAccept All
Manage consent

This website uses cookies to improve your experience while you navigate through the website. Out of these, the cookies that are categorized as necessary are stored on your browser as they are essential for the working of basic functionalities of the website. We also use third-party cookies that help us analyze and understand how you use this website. These cookies will be stored in your browser only with your consent. You also have the option to opt-out of these cookies. But opting out of some of these cookies may affect your browsing experience.
Necessary Always Enabled
Necessary cookies are absolutely essential for the website to function properly. These cookies ensure basic functionalities and security features of the website, anonymously.
Functional
Functional cookies help to perform certain functionalities like sharing the content of the website on social media platforms, collect feedbacks, and other third-party features.
Performance
Performance cookies are used to understand and analyze the key performance indexes of the website which helps in delivering a better user experience for the visitors.
Analytics
Analytical cookies are used to understand how visitors interact with the website. These cookies help provide information on metrics the number of visitors, bounce rate, traffic source, etc.
Advertisement
Advertisement cookies are used to provide visitors with relevant ads and marketing campaigns. These cookies track visitors across websites and collect information to provide customized ads.
Others
Other uncategorized cookies are those that are being analyzed and have not been classified into a category as yet.
SAVE & ACCEPT